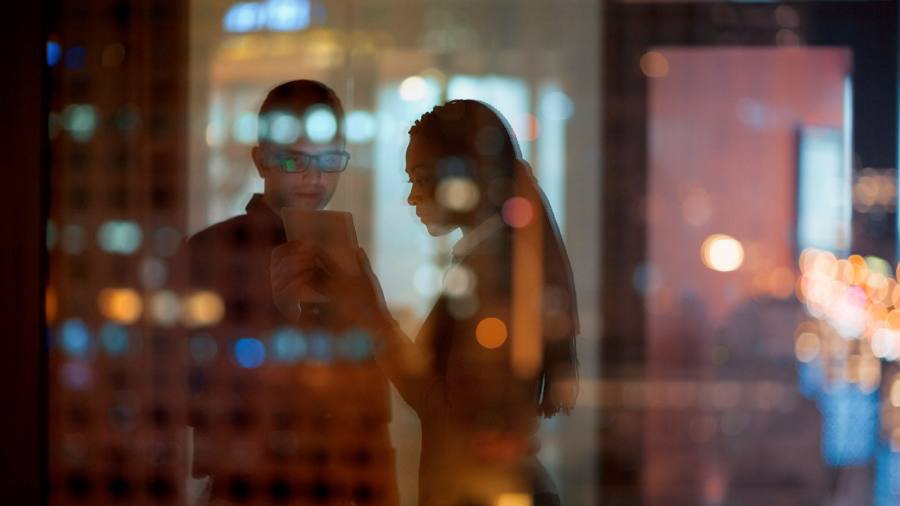 Until the beginning of the 19th century, few Muslims in the Ottoman Empire knew languages ​​other than Ottoman, Persian and Arabic. The Ottomans communicated with Europe through dragomaniacs, whose work – like that of translators and interpreters today – involved much more than delivering ready-made messages.

They translated, orally and in writing, but also wrote notes and negotiated deals, ran errands and sold secrets. During the translation, they intervened, adding and cutting, sometimes modifying the meaning, often reframing the source, masking the cultural aspects or contextualizing the political claims, reformulating the words of the author or rewriting their introduction. They are intermediaries who cross the cultural, religious, ethnic, political and, of course, linguistic borders between East and West. This freedom has given some of them real power.

Alexander Mavrocordato was once described as “one of the best actors in Europe”. Born in Constantinople in 1641, a descendant of wealthy Greeks (a class known as the Phanariotes), he studied medicine in Italy, writing a thesis on blood circulation. What circulated in his life, professional, political and private, was a rapid flow of information.

Back home, in 1673 he became the great dragoman; a post combining the functions of chief government interpreter and deputy foreign minister. His career was interrupted by the Great Turkish War and in 1683, following the Ottoman defeat in Vienna, he was imprisoned in chains and sentenced to a huge fine. However, his knowledge of European languages ​​and customs made him indispensable, and he was soon reinstated.

In 1699, Mavrocordato helped negotiate the Carlowitz Peace between the Ottomans and the Habsburgs, making each side believe that the initiative came from the other. For his success in this mission, he was appointed “Minister of Secrets”; his associates, meanwhile, awarded him various epithets, from “a handsome, very discreet and civil man” to “instrument in everything and wise and practical” to “Judas”.

A tall and scheming, a wealthy man whose private library was famous throughout Europe, a polyglot who knew Ottoman, Persian, Arabic, Greek, Latin, French, Italian and probably also German and Romanian, a prominent figure in eastern and western politics, Alexander Mavrocordato was also the founder of a dynasty of dragomans. Their history reflects in many ways the history of the Greeks in the Ottoman Empire. Christians in the midst of Islamic civilization, they have retained their religious and ethnic identity while being part of that culture, a feat achieved in part thanks to the language.

The Phanariots continued to benefit from their loyalty to the Ottoman Empire until the 19th century, when they were suspected of supporting the Greek War of Independence. In 1821, Stavrachi Aristarchi, the last Phanariot dragoman, was accused of high treason, exiled and killed. Over the following decades, a different type of translator emerged in the newly independent Greece.

On April 11, 1870, a group of seven British and two Italians set out from Athens to visit the historic battlefield of Marathon. They were accompanied by a Greek guide named Alexander Anemoyannis. On the way back, the tourists meet a detachment sent to escort them, but advance without the guards. A band of brigands captured them; the women were released, the men detained. Anemoyannis tried to escape but the kidnappers caught up with him shouting: “The dragoman too!”

Negotiations ensued, led in part by Anemoyannis. The thieves demanded ransom and amnesty for themselves and their imprisoned associates. The British, suspecting the Greek government of being in cahoots with the klephts, were ready to pay the requested sum, but instead a rescue expedition was organized. It didn’t go as planned. Pursued by the military, the bandits sent the guide to speak to their commander, who told the messenger to inform the criminals that “they could receive the money and leave the state under conditions of safety.” Anemoyannis did not transmit this response to the brigands. As they fled, the four remaining captives could not follow the gang and were killed.

Anemoyannis has been accused of general complicity with the bandits, including willful negligence throughout the negotiations. During the investigation, one of the guards testified that he warned tourists on several occasions, urging them not to proceed alone, but they ignored it. Anemoyannis’ claim that he translated the warning has been disputed. Nevertheless, he was cleared of all blame and managed to return to his profession, accompanying foreign tourists on trips to the countryside for years.

Word must have spread about his dubious background, but then, like much later, many travelers expected their guides to be cheaters, casting their worst suspicions on the locals on the profession.

Seen through the prism of language, Anglo-Greek relations of this period reflect broader policies. Some 19th century British sources linked Ireland and Greece. Ireland’s “unruly districts” were often referred to as “Greek”; the Telegraph called the brigands “the Continental Fenians”; the Standard suggested that “Greek” was colonial slang for “Irish”. Politicians frequently referred to Greek robbers as banditti, a word that also applied to the Ribbonmen, a secret society that operated in rural Ireland. British imperial attitudes crossed borders easily, even if that meant traveling in the company of unreliable guides.

Native Near Eastern linguists were often – sometimes unfairly – criticized for their disloyalty or incompetence, and so in 1877 Britain created the Levant Consular Service to fill the posts. diplomatic with its own framework. Andrew Ryan’s decision to apply for a performance student job was a safe career option. “My fondness would have been for the bar,” he wrote in his memoir, The Last of the Dragomans, “but it seemed too hazardous a profession to me. “

Born in Cork in 1876, Ryan chose the civil service, “which then attracted a lot of guys to Ireland”, and graduated from Cambridge with “a good knowledge of Turkish, a little Arabic, hardly any Persian, the basics soon. forgotten Russian and a tincture of law ”. This is the baggage he brought with him to Constantinople in 1899.

As a young embassy dragoman, Ryan attended court hearings on British matters, acting as an interpreter lawyer. When the judges question the defendants, he must “reduce their answers to the appropriate language specific to a report”. Sometimes the language of her fellow Britons proved irreducible: for example, when “a most disreputable old woman” shouted “Honey!” to the blushing young man, or when he did his best “to tone down the treatment of a very ordinary and disorderly drunkard, who in his cups had not only assaulted the police, but had impartially vilified the Prophet, the Sultan and the queen Victoria ”. There was nothing Ryan could do about the Gazette, for such abuses were too serious to deal with immediately. “I suggested that maybe I be allowed to take care of Queen Victoria, but the man was nine months old.”

Ryan’s responsibilities also included processing customs declarations (imported goods ranged from toy guns and cubs to New Testaments, prompting an official to ask, “Who is writing this to the people of Galata?” conversions to Islam, slaves take refuge in the embassy, ​​and much more. When a production of The Merchant of Venice was banned in Constantinople, Ryan’s protest that “the play was the work of a British subject named Shakespeare, whom we had never regarded as undesirable, but on the contrary as an honor to the country “was not work: the authorities replied that” Shylock’s treatment was calculated to create the discord among the subjects of the Sultan ”.

A seasoned word game player, Ryan approached translation as an exact art. In 1924, when the fledgling Republic of Turkey abolished the caliphate, he translated the constitution, making it appear “subtle enough to perhaps suggest to pious thinkers that the old caliphate was somehow preserved in the personality of the Republic ”, although the new government had rejected such suggestions.

Like many translators today, Ryan often had to choose between taking sides and staying neutral. In another familiar scenario, there was a degree of uncertainty associated with his work. Back in the days when it was safer to be a dragoman than to be a lawyer, Ryan already had reservations about the prospects of his profession: “We are doomed to disappear sooner or later, because no civilized European government would tolerate a class. foreign officials whose business it was. interfere directly with all their public functions.

Indeed, the Treaty of Lausanne, signed in 1923, puts an end to the title. Dragomans had to go – to make way for progress.

Anna Aslanyan is a journalist and translator. His popular history of translation, Dancing on Ropes: Translators and the Balance of History, is published by Profile Book

New book focuses on how mind, body and spirit interact to play a role in health

Davisson Edmond MD announces the release of ‘Conscious Health: Your Health Is Your Wealth’ OXFORD, …