University of Arizona archives devoted to the study of video games

Homer Yonker February 6, 2022 Academic projects Comments Off on University of Arizona archives devoted to the study of video games 11 Views 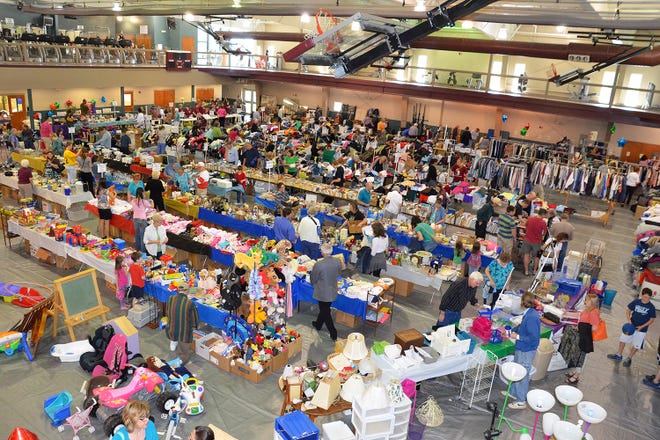 The two University of Arizona humanities professors have spent the past two decades quietly assembling what is probably the world’s largest archive devoted to the study of video games and gaming culture.

The Learning Games Initiative’s research archive now contains more than a quarter of a million items, including at least 15,000 individual games, 200 game systems, and thousands of documents, books, promotional materials, and other artifacts from the ever-expanding universe of the gaming industry.

The catalog runs the gamut, from a 1948 patent for the first “CRT amusement device” to the latest Playstation console.

And unlike other academic archives where you need “white gloves and a wand with an acid-free cotton ball on the end” to handle relics, McAllister says everything in this collection is meant to be touched, plugged in and used.

After all, you can’t read a book without opening it, and you can’t understand a game without playing it.

“I mean, what is it?” said Ruggill, taking a game cartridge from a random shelf. “It’s a piece of plastic and other petrochemicals and things like that. It only becomes something when you activate it and interact with it.

“There is no game without the player,” he says.

Ruggill is a Tucson native who used to line his pockets with wedges and walk to the arcade in his 1980s Foothills neighborhood.

McAllister grew up in Chicago playing Pitfall on a friend’s Atari 2600 and portable electronic football on his way to school.

The two met through their mutual interest in games research and quickly recognized something that was missing from their burgeoning corner of the media studies world.

“It occurred to us that there was a need in the field to make these objects accessible,” McAllister says. “We were going to college conferences (where) people were lecturing about games, and it turned out they had never played the game they were there to lecture on.”

“It’s like saying, ‘Hey, I’m going to tell you about Shakespeare’s ‘Macbeth,’ but I haven’t actually read it,” Ruggill adds.

It was not laziness on the part of these speakers. At the time, says McAllister, some gaming systems and titles were nearly impossible to find in working order outside of private collections.

Today, if a researcher needs to plug in and play a 1977 Telematch Panoramic Pong console from Argentina, the Learning Games Initiative can make it happen.

Or if a grad student wants to fire a few harmless shots out of a 1972 Magavox Odyssey rifle, the first weapon interface ever sold for a home video game system, the archive already has one locked and loaded.

The collection prides itself on being open to all game seekers, regardless of age or institutional affiliations.

Most inquiries come from academics and professional researchers, but Ruggill says they’ve also worked on educational projects with primary school classes and met with clubs for seniors “who want to better understand what their little ones are doing. -children”.

About a fifth of the collection is housed in a few cluttered rooms on the top floor of an outdated three-story building at the east end of the UA campus.

The remainder is held in storage and in small satellite archives at partner institutions in Indiana, Illinois, Massachusetts, Utah, Virginia, Wyoming, Australia, and Germany.

“Periodically there are discussions at the university level about getting the right size space for the collection and opening a museum,” McAllister says. “He never quite makes it to the priority list.”

He and Ruggill officially launched their nerddom repository in 1999 by combining their own personal video game collections into a fledgling library.

They admit they weren’t always taken seriously at first.

“It was a very strange experience in a way,” says Ruggill. “We had a colleague in what was then the Department of Media Arts (who) was studying pornography, and somehow that was more socially acceptable than gaming.”

Academic attitudes have evolved considerably since then.

Simply put, “there are many reasons to have archives,” says Ruggill.

But browsing the collection is more than just an academic exercise. A feeling of nostalgia is almost inevitable, even for the men who put it together.

It’s one of the most rewarding aspects of what they’ve built, says Ruggill: “to see people being transported by the things here.”

And there are new things happening all the time – so many things these days that it’s hard to keep up, especially with the COVID restrictions on staff.

The Archives relies heavily on a team of interns, mostly UA students, to help document new arrivals, repair equipment, update the database, organize exhibits and send in items. on loan to other researchers around the world.

Their assistants are between 11 and somewhere in their 60s. Multilingual interns are particularly useful when it comes to cataloging articles with foreign titles that would otherwise be impossible to classify and find.

At the moment, however, there are several filing cabinets filled with fresh artifacts waiting to be processed.

McAllister says “occasional donations” make up most of the backlog. “It’s not uncommon for us to walk into the archives and find a Hefty bag full of random stuff with no attribution. You know, maybe just (a note that says), ‘I thought you might like this “, he says.

Every once in a while they get a request for an item they don’t already have, so they’ll look for it from a collector or eBay.

“We have a very small acquisition budget, and if it’s big enough, we’ll go ahead and buy it. But that’s pretty unusual,” McAllister says.

They also try to keep duplicate items on hand so they can repair or replace items that wear out or break during use.

On his way to work last week, Ruggill fished a few Playstation games out of his neighbor’s trash heap and brought them.

“We have a blind approach to collecting because we are so interested in everything,” he says.

On a shelf is a child-friendly Singer sewing machine that comes with a Gameboy, so users can type words on the screen and have them sewn onto fabric. On another shelf is a vibrating device, sold only in Japan, that could turn a popular music-based shooter into something more, uh, challenging.

There are floppy disk boxes that are actually floppy disks and stacks of tapes that roll out computer games instead of songs.

High-end Guitar Hero controllers and Rock Band drum kits are stored in the kind of instrument cases you might expect to find on a real rock band’s tour bus.

An entire library is devoted to nothing but strategy guides, including a few hardback editions that span hundreds of pages.

Even pirated stuff ended up in the collection.

Ruggill says a Chinese filmmaker once visited the archives and presented them with the scratched yellow game cartridge he and his friends used to drive back and forth as children. It contains imitated versions of 21 popular Japanese games, all of which are still playable.

Not to be outdone, McAllister rummages in a nearby file drawer and pulls out several Nintendo handheld electronic game clones from the 1980s with Cyrillic script on them. He says the games were reverse-engineered and then mass-produced by the former Soviet Union, which at the time had no intellectual property agreement with Japan.

Although physical items make up the bulk of the collection, the archive also maintains a server full of thousands of software and other digital-only relics.

McAllister and Ruggill could never hope to taste it all, but they always try to carve out time for games when they’re not busy with their administrative duties.

In addition to managing the archives, McAllister is the associate dean for program research and innovation at the College of Human Sciences, while Ruggill is the founding head of AU’s Department of Public and Applied Human Sciences.

The game is part of the job when it comes to Ruggill.

“I try to play regularly, but not at the level I could before,” he says. “It’s really hard to talk about the medium if you’re not part of it.”